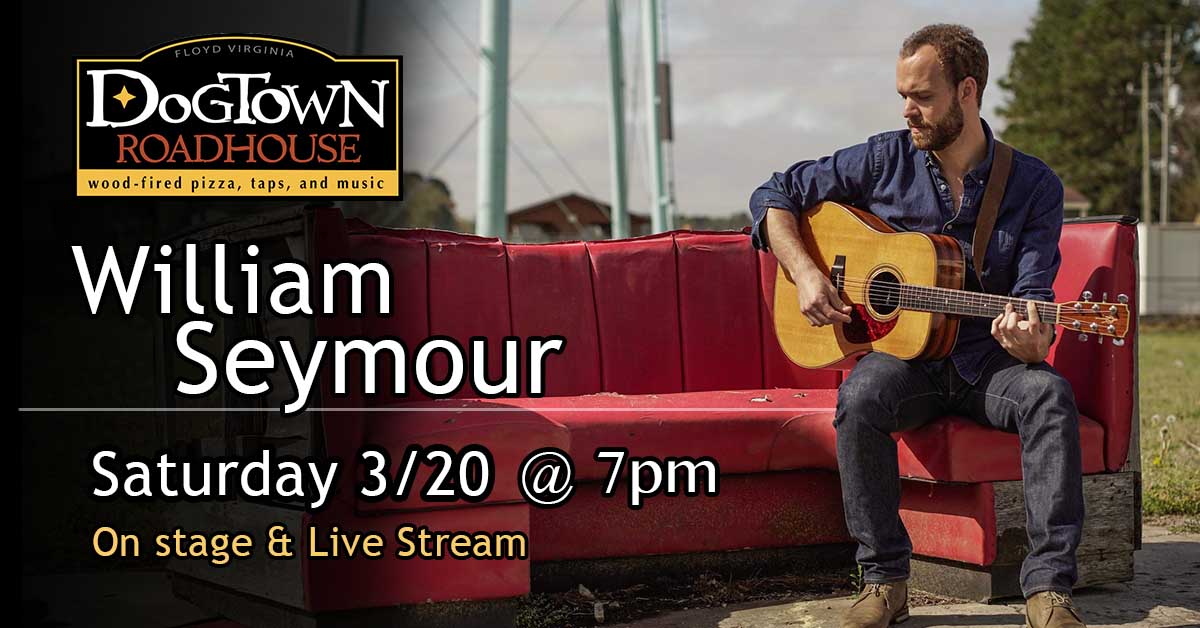 Dogtown Roadhouse welcomes William Seymour to our stage! An incredibly talented singer-songwriter based out of Greenville, North Carolina but has recently moved to Roanoke, VA. His sound can be described as a mix of Blues, Soul, and Americana. His influences come from artists such as Jackson Browne, Eric Clapton, and Ray Lamontagne.

William has played in bands such as Rebekah Todd & The Odyssey, and The Broadcast.

The most current development is the release of his second solo album “Make Love Instead” that was released on August 3, 2020.