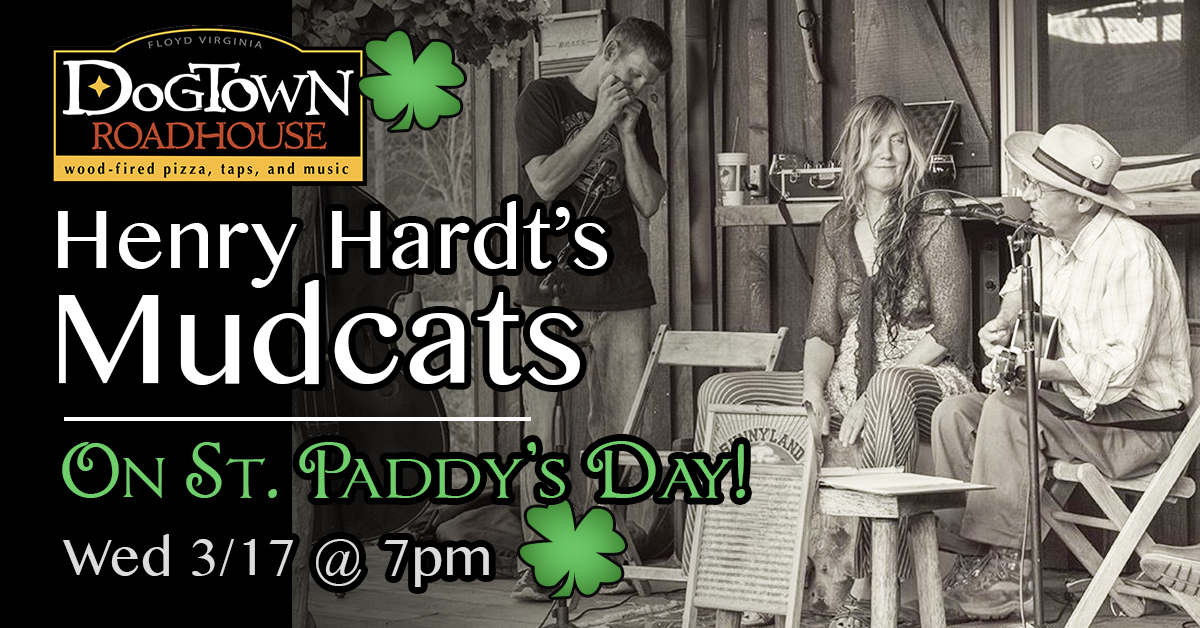 Join us on St. Paddy’s Day for some special treats and music by a beloved local band!

Henry Hardt’s Mudcats play old time street-blues style songs, reveling in music penned earlier in the 20th century, from Charlie Pool to The Reverend Gary Davis to Robert Johnson. The Mudcat’s specialize in illuminating the influence that old style street music including blues and jug band sounds had on modern Rock and Roll. They play songs made popular by such artists as Rolling Stones, Bob Dylan, Nirvanas and Eric Clapton but they play in the style of the original recordings from the 1920s and 30s. Henry Hardt’s Mudcats are a fun, danceable look back at some of the most influential music of the last three generations.