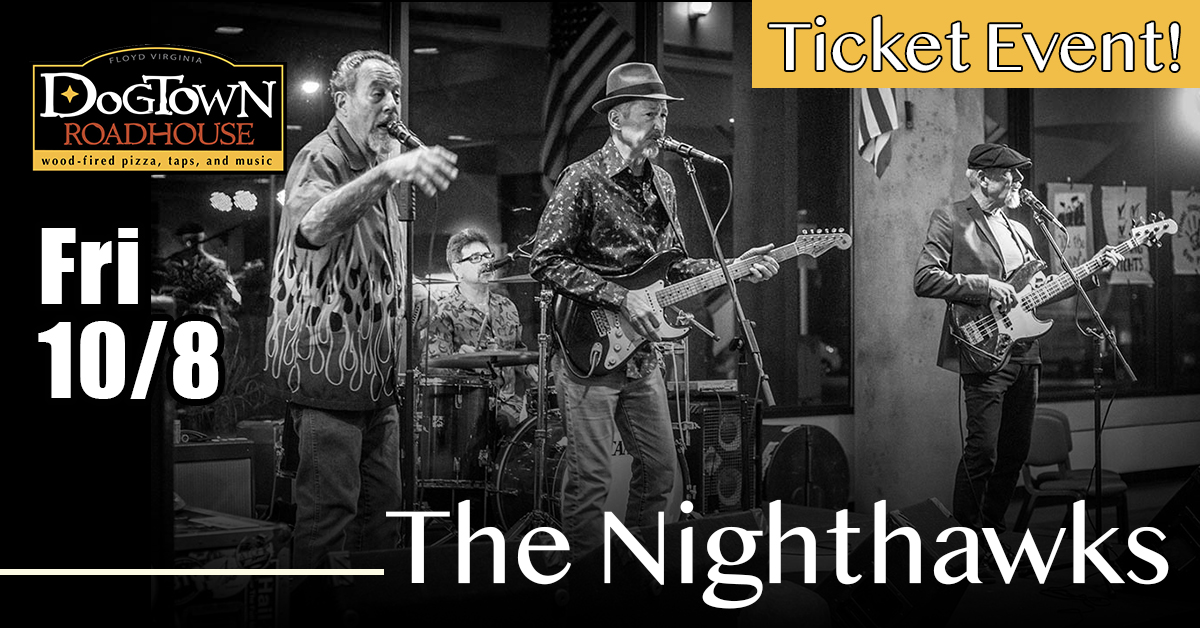 We welcome The Nighthawks back to our stage!  ~

When Mark Stutso, master of the deep groove, joined The Nighthawks at the beginning of 2010, the
21st-century version of the legendary American roots band was complete. With Paul Bell and Johnny
Castle in the band for nearly a decade, and founding father Mark Wenner the remaining original,
this team outshines all previous incarnations.

The Nighthawks was an idea in Mark Wenner’s brain long before he was able to implement it. The
musical product of pre-1958 radio in Washington, D.C., he did not know there were rules against
mixing blues, R&B, honky-tonk country, doo-wop, gospel and rockabilly into one delicious stew.

In 1972, Mark, then 23, returned to his hometown after a New York City band apprenticeship eager to
start a real, work-every-night band based on American roots music. He found a receptive local scene.
Washington has long been a musical melting-pot of the kind that made Memphis the source point for
the evolution of American music in the second half of the 20th century. It just never had a Stax or
Sun record label to tell the world. As the city exploded with an influx of people from all the
surrounding states during the Great Depression and World War II, Washington became a hotbed of
musical cross-fertilization. When Bill Haley first brought his wacky Pennsylvania mix of hillbilly music
and rhythm and blues to D.C. in 1952, people got it. And white kids like Mark found the Howard
Theater – now recently restored and part of the historic top tier of the Chitlin’ Circuit that included
Baltimore’s Royal, Chicago’s Regal and New York’s Apollo – just a 25-cent bus ride away from the
suburbs.