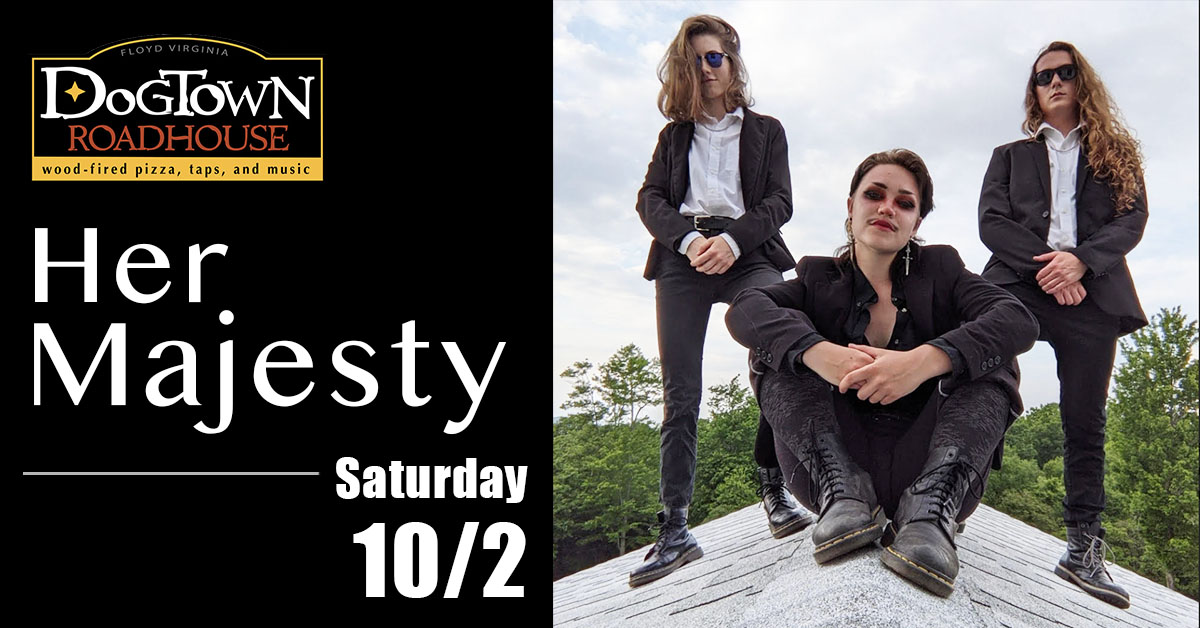 Her Majesty is a punk-pop trio from Virginia. With musical influences from artists like Green Day, Black Flag, and Destroy Boys, the three piece brings an explosive blend between elements of old school American punk as well as melodies and lyrics that will have you singing along to every track. Her Majesty has music out on every streaming platform including Spotify and Apple Music, grossing over 16,000 plays in just over a year. Her Majesty is always expanding their reach to fans by playing shows to new audiences, maintaining a heavy social media presence on Facebook and Instagram, and by releasing enticing songs that leave fans wanting more.