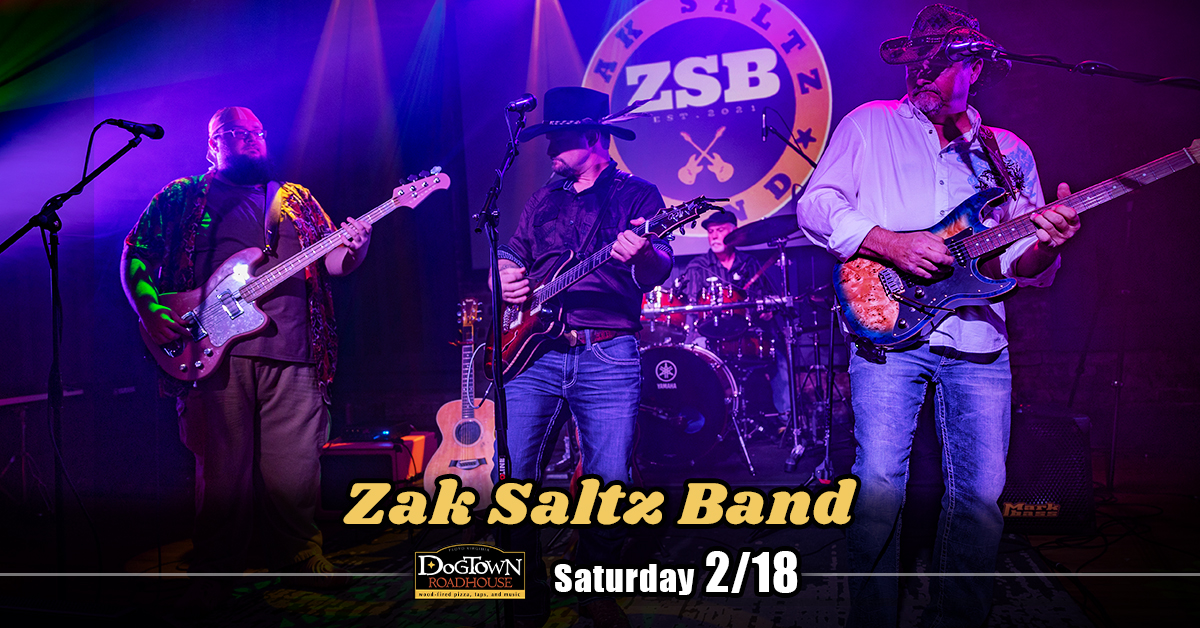 While defying traditional musical genres, the Zak Saltz Band (a/k/a “ZSB”) may best be described as a Bad Ass, Alt/Outlaw Country, Southern Rock & Blues Band that takes particular pride in putting on one hell of a live show, every time and at any place that they play, from the biggest venues and events, right down to the smallest bars and private parties.

With his roots in Gospel Bluegrass, and then a later transformation to Country Rock, band founder Zak Saltz is an energetic and easily likable Front-Man that will have both guys and gals grinning from ear to ear all night. Zak has spent many years honing his sound, writing, and refining his stage show. Together now with his partners in crime, Johnny Cox on bluesy lead guitar, thumping Will Dowell on electric bass, and Waylon Lewis rockin with steady, driving drums, ZSB has created a unique Southern Appalachian, Alt-Outlaw Country, Southern Rock & Blues sound that is sure to blow any crowd away!