Will Easter & The Nomads 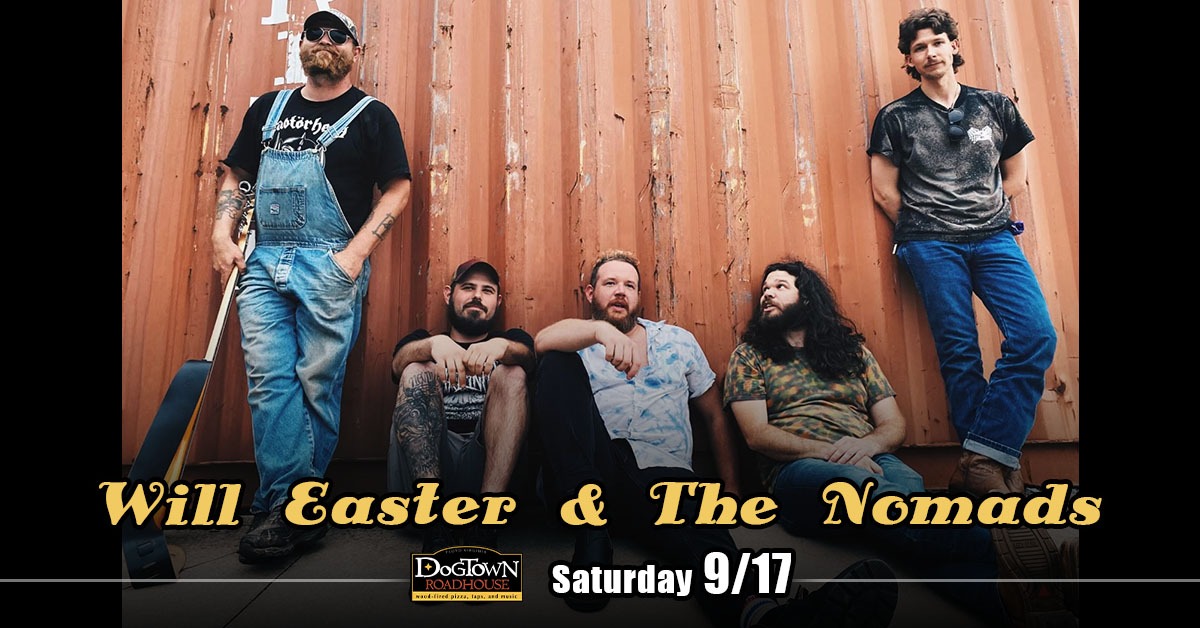 Growing up in Stokes County in another NC “high country” of the Sauratown Mountains, Will Easter got his musical and life inspiration from a couple of powerful sources: his family and his surroundings. His family instilled in him an unwavering work ethic; his surroundings impressed on him an appreciation for the beauty of the land. Both of these are frequent tropes he draws upon in his songwriting. After moving to Boone and graduating from Appalachian State University, Will adopted the Blue Ridge as his new home. Since then, he has become a fixture in the music scene from the mountains to the piedmont, and beyond. Moreover, he has shared the spotlight with some notable folk legends, the likes of which include Jim Avett, David Childers, and Rhonda Vincent.

Will Easter has one of those voices that is like a home-cooked meal for the soul. Maybe it’s a bit rough around the edges, but that’s what makes it so believable, so relatable, so impactful. Will has the cool throwback rock edge of Tom Petty with the modern folk-Americana appeal of the Avett Brothers, but with something hard to put your finger on that could only be born out of the shadows and peaks of the North Carolina mountains. One iteration through a chorus and you’ll find yourself humming along, by the second time around you’ll be singing out loud, ready to hit the repeat button. Having said all that, where Will greatly excels is as a songwriter; he has a knack for capturing the reality of the human condition – the ugly and the beautiful, the mundane and the profound – and drawing meaning from those experiences.