The Ambassador & The Chosen Few 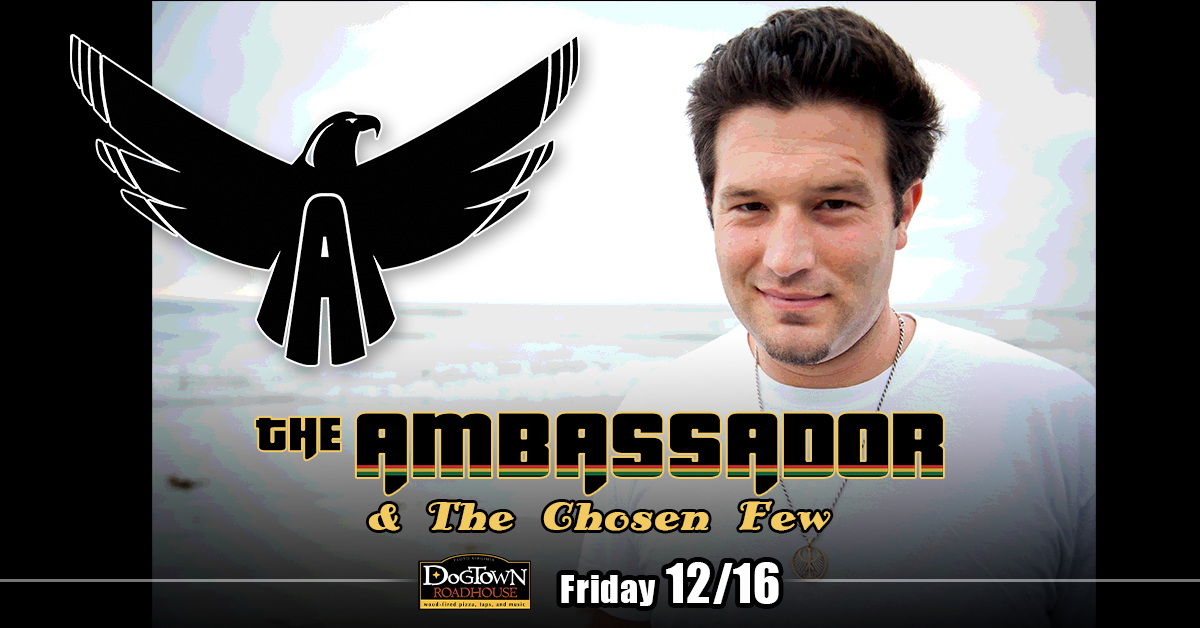 Soul/rock/reggae artist The Ambassador stands out among others by displaying a strong, soulful vocal presence combined with addictive, upbeat rhythms. His music flows seamlessly from stock reggae beats to bluesy grooves infused with rock and hip-hop. The Ambassador couples catchy hooks and danceable music with intelligent lyrics and a positive message bringing fans of all ages and walks of life. The high-energy performances will keep you bouncing hours after the show’s end.

The Ambassador is Stephen Gabriel Lewis, a Virginia native that has performed and recorded with some of the finest reggae/rock musicians from Southern California to Southwest Virginia, sharing the stage with acts like Midnite, the Wailers, Steel Pulse, Stick Figure, Xavier Rudd, Mike Pinto, The Movement and more. As a follow up to the full-length release “New Roots”, nominated “World Music Album of the Year” at the San Diego Music Awards, The Ambassador’s long-awaited studio effort entitled “Cali Love” was released in late 2018. As can be heard in the uptempo single “Powerful Love” with Pato Banton, this latest work features musicianship from a diverse group of San Diego area session players from bands like Elektric Voodoo, Psydecar, SDIB, Southtown Generals and the legendary Wailing Souls. The Ambassador continues to perform both acoustically and with his band Chosen Few at select venues and intends to bring good vibes and inspiration to all who listen.