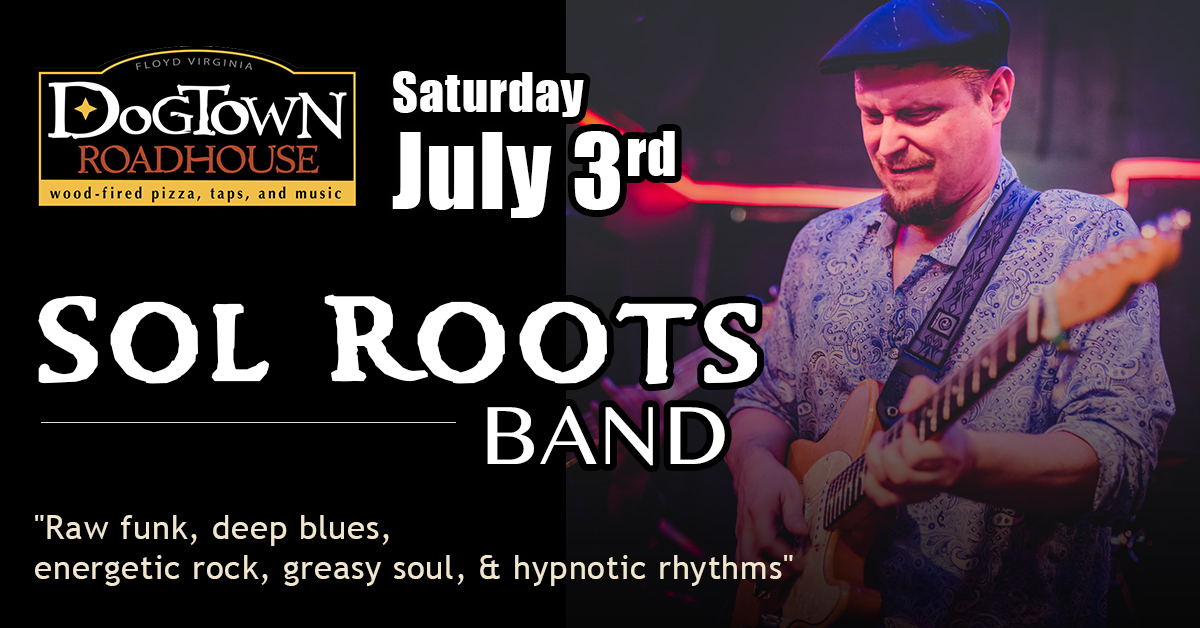 Join us for a mix of raw funk, deep blues, energetic rock, greasy soul, and hypnotic grooves. Sol is a guitarist and vocalist who has toured with many roots, funk, blues and soul legends around the world as a part of Music Maker Revue.

Paying homage to the greats, and with a love of Universal Music as the guiding light, Sol steps out on a path with his own unique, powerful voice and a talented band of musicians.

“Sol performs a soulful blend of rock and blues, with a natural stage presence” – Jambase

“He’s toured the world with some of the biggest names in funk and blues…He’s the fiery guitarist known as Sol, and his influences span the country, and the globe” – On Tap Magazine