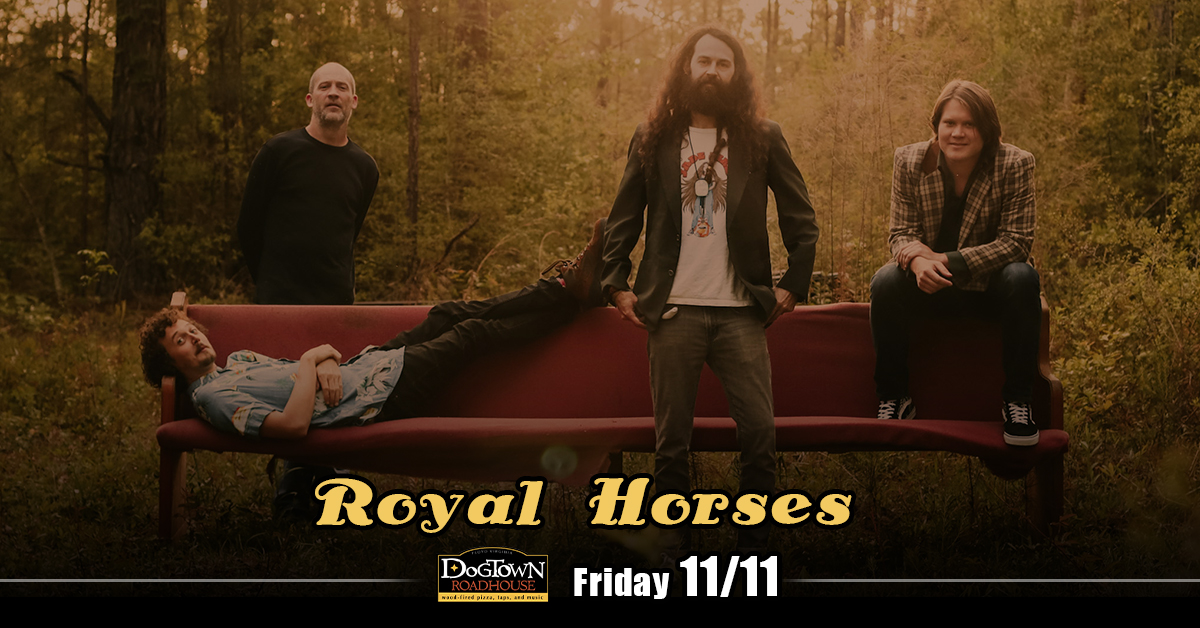 A music gem is coming… JOIN US!! We are pleased to announce that Royal Horses will be on our stage for the first time!

“Royal Horses is the premier up and coming band from Mississippi, the place where American music was born, and there is much more to come from the group. The group was formed in 2018, and has quickly established a healthy following along the I-10 corridor, largely due to their high energy performances and original material which struck a chord with lovers of roots music and jam bands alike.

In the summer of 2020 Royal Horses recorded their second album “Where the Purple Flowers Grow”, set for release in late 2021. In the autumn of 2020, Royal Horses linked up with producer Eddie Roberts of The New Mastersounds and recorded three singles on his Color Red label based in Denver, CO. The Trio saw these singles achieve their highest number of streams yet on Spotify and were featured on numerous playlists, including Ditty Tv’s Americana playlist. The band has since recorded their third record with Roberts, which will be released on Color Red in 2022.”