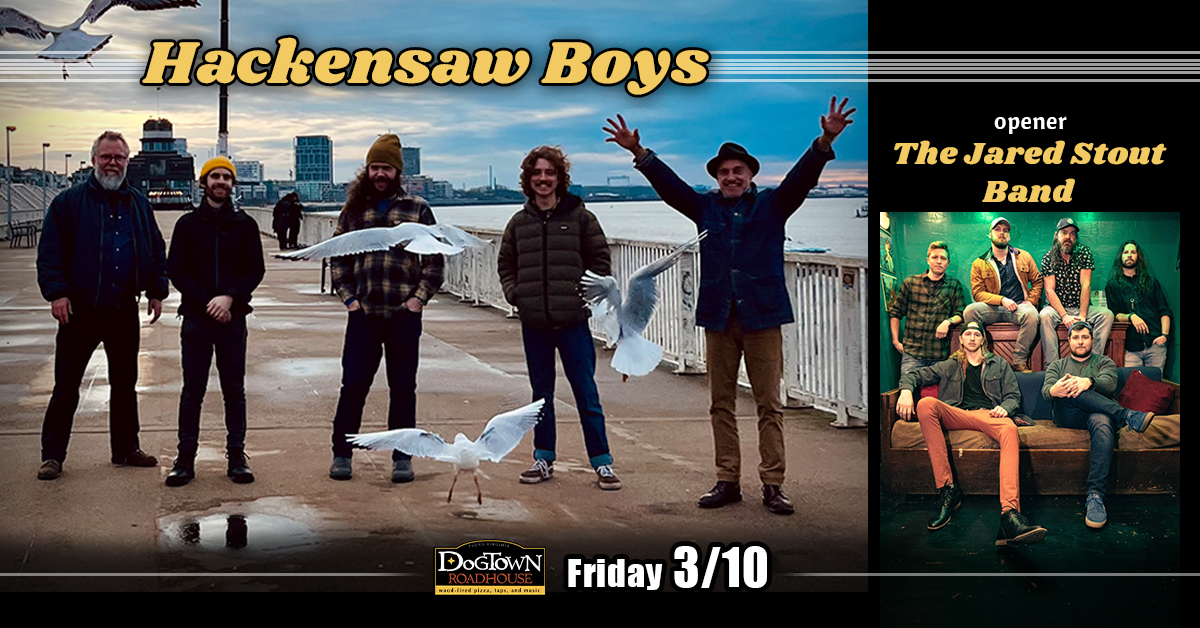 For over 20 years, the Hackensaw Boys have plowed the asphalt, bringing their raw, gritty version of American roots music to the venues and streets that originally inspired them. Born in Virginia, along the same routes as fellow road warriors/street buskers Old Crow Medicine Show, the Hackensaw Boys have at times operated more as a collective than a band, sometimes boasting up to twenty members. What’s kept them together is a burning hot vision of American roots music brought kicking and screaming into a new age, fueled as much by a rowdy punk spirit as by the traditional masters that first inspired them. Led by founding member, guitarist and songwriter David Sickmen, they’re back on the road with new songs, determined to get their fans back on the dance floors they remember so well. Their newest release, A Fireproof House of Sunshine, was released on June 21st, 2019 on Free Dirt Records.

The Jared Stout Band is making waves in music. With an exciting, entertaining stage presence and original music running on a versatile sound of Americana blended with Blues, Country, Soul and Rock. They are a beloved favorite in our region – catch one of their sets, and you’ll see why!!