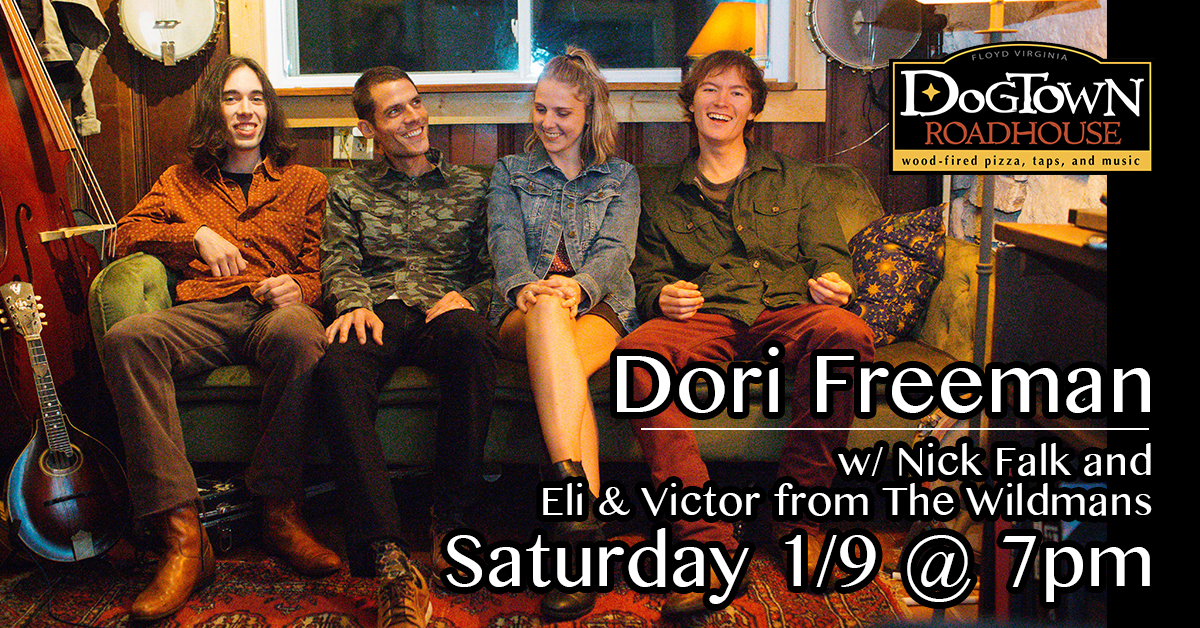 Free Show
Beloved local artists Dori Freeman, Nick Falk and Eli & Victor (from The Wildmans) are coming together on our stage for a night of music you won’t forget!

Dori Freeman is a singer & songwriter from the Appalachian town of Galax, Virginia where she grew up in a musical family. Her first album was produced in 2014 by Teddy Thompson and released in 2016 by Free Dirt Records. Thompson says that it took him “maybe 10 to 12 seconds to realize she’s great” and he was struck by her “straight-to-the-heart delivery.”

Rolling Stone Country called the album “a strong contender for Americana debut of the year” and Jon Pareles, writing in The New York Times, said “the purity of Dori Freeman’s voice and the directness of her songwriting reflect not only her Appalachian hometown – Galax, Va. — but also a determined classicism, a rejection of the ways modern country punches itself up for radio and arenas.” NPR’s Ann Powers said the “debut album shows great range and incredible emotional nuance.” NPR also said “it’s startling to hear such a fully formed singing and songwriting voice come out of nowhere.” Rolling Stone included Freeman on their list of “10 New Country Artists You Need To Know: February 2016.”
+ Add to Google Calendar+ Add to iCalendar+ Export .ics file