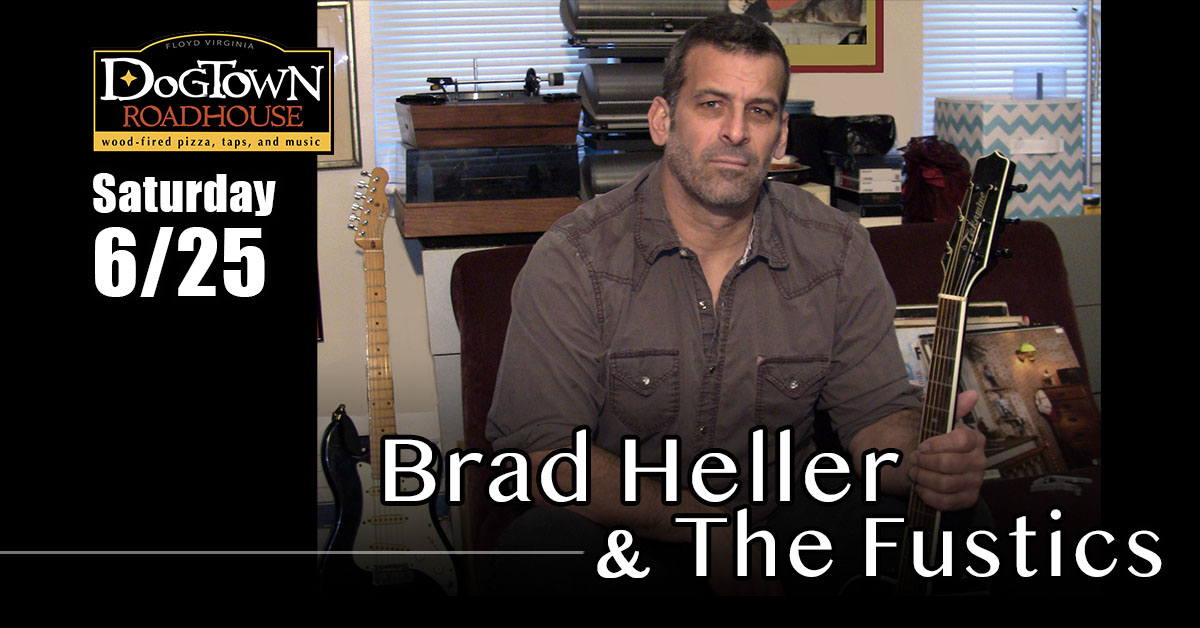 Whether with his backing band, The Fustics, or performing as an acoustic artist, Brad Heller has established himself as a credible force among current songwriters. Honing his craft for over a decade and a half the Wilmington, North Carolina, transplant has built a reputation as a thoughtful songsmith who tackles a wide range of personal and social issues. Bouncing between a myriad of genres, Heller finds creative drive in honoring musical influences that inspired him, while never abandoning his own unique sound.

With the release of his latest album, The Sentence, Heller continues to build his audience with constant touring and spirited live shows. Heller’s music centers on middle-class characters while exploring themes of loss, self-imposed alienation, abandonment of faith, addiction, and immigration. Voted Wilmington’s “Best Original Rock Band,” Brad Heller and the Fustics will be hitting the road in full force in 2021.

“They make honest to god rock and roll…at times sounding like The Jayhawks or even bigger bands like The Wallflowers…dramatic in the same way Van Morrison or Led Zeppelin can be in their quietest moment.” – Southeast Performer

“…taking the legacy of Redheaded Stranger, Nebraska, Blood on the Tracks, and Son Volt’s Trace in their own hands and hearts.” – Grayson Currin, Independent Weekly